Communication is key in marriage, so they say. But listening is also important &mdash; no matter what:

“…and all my sweaters are snagged. I mean all of them.” 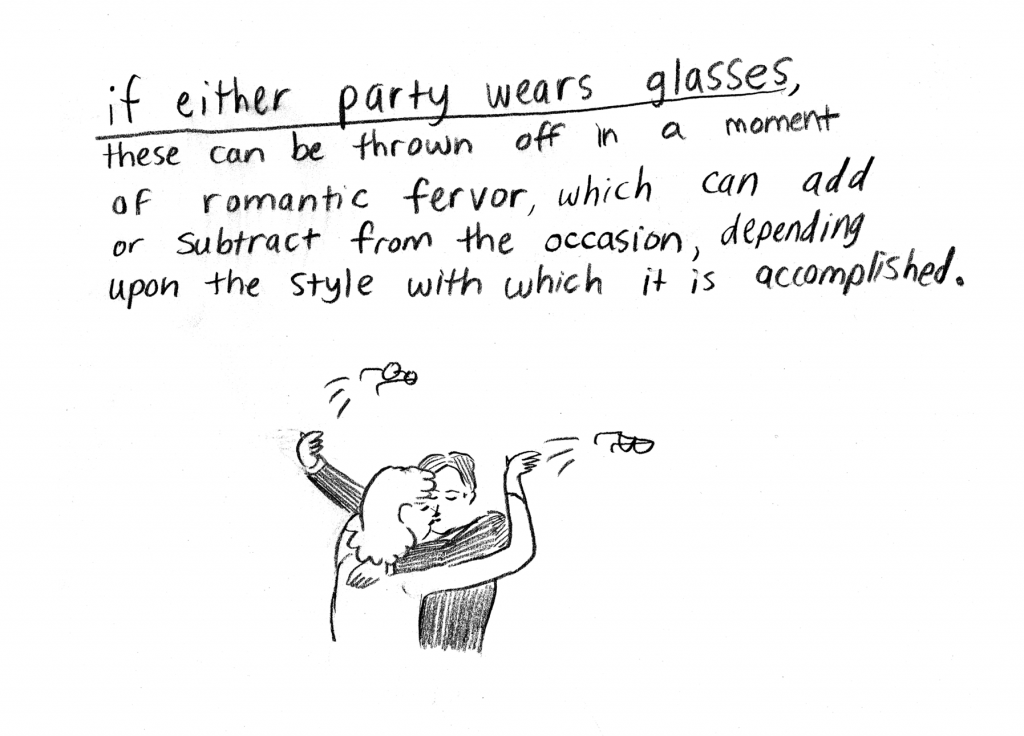 As Rachel can attest to, being unable to remove my glasses in a moment of romantic fervor is a problem I face quite frequently these days. I used to have glasses where the temple hinge was much more forgiving (and could even rotate through 90°), perhaps allowing such haphazard removal; unfortunately I had no cause to remove them in such manor at the time.

3 Comments
A Foreboding of an America
Seen, Heard, Said

Jason as SvN writes about Amazon CEO Jeff Bezos’ “enlightened observation about people who are ‘right a lot'”:

[Jeff] said people who were right a lot of the time were people who often changed their minds. He doesn’t think consistency of thought is a particularly positive trait. It’s perfectly healthy — encouraged, even — to have an idea tomorrow that contradicted your idea today.

He’s observed that the smartest people are constantly revising their understanding, reconsidering a problem they thought they’d already solved. They’re open to new points of view, new information, new ideas, contradictions, and challenges to their own way of thinking.

What trait signified someone who was wrong a lot of the time? Someone obsessed with details that only support one point of view. If someone can’t climb out of the details, and see the bigger picture from multiple angles, they’re often wrong most of the time.

Not just great, fantastic advice! And something I need to continue to work on.

The top answer on Quora for “What is it like to be incredibly funny?” struck me as interesting because either I’m more funny than I think I am, or the writer is more of a nerd than he thinks he is. I don’t think I’ve felt more understood since I read The Nerd Handbook.

I’m not a professional comedian, I’m just a funny person who has thought a lot about what that means and what it feels like.  These things won’t be true for all funny people, but I bet they’re true for most of us.

I’m sorry if this wasn’t very funny.  I tried very hard to be honest.