Editor’s Note: This originally started out as an email to a friend who was supposed to go to Budapest but then didn’t because of the 2010 eruptions of Eyjafjallajökull in Iceland. My friend, Matt, is also venturing to Budapest, so I thought I’d expand my advice and make a more permanent record of my suggestions for others to stumble upon.

My original posts about being in Budapest:

House of Terror is the museum I was talking about. It’s located at “Andrássy út 60”

I also walked around Margaret Island and that was fun to see another side of Budapest.

Towards the Northeast is Hero’s Square, and there a pretty cool park behind it, including a hot springs (although we didn’t go to the hot springs).

The Great Synagogue, also known as Dohány Street Synagogue, is the largest synagogue in Eurasia and the second largest in the world. We didn’t go in, but it was cool to look at from the outside.

Right next to The Lutheran Church on Deák Square is the National Lutheran Museum, which we went to and I thought was pretty cool.

The restaurant I was telling you about is called “For Sale Pub” and is located at 1056 Budapest, Vámház körút 2, Hungary‎ (that’s the full address). Here’s the google map of it’s location: http://goo.gl/H9xf

As a side mission, if you go to the For Sale Pub and sit facing the door, as if you were taking this picture: 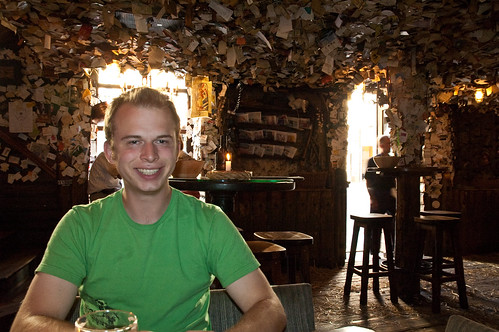 …then look up. You should be able find my business card picture, as seen here: 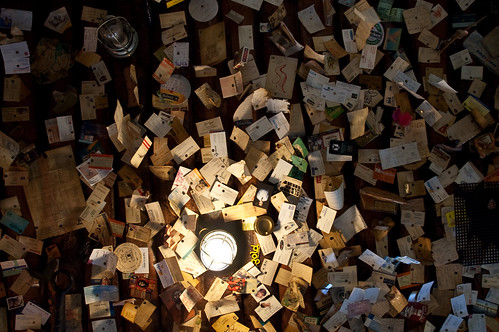 If you find it, take a picture of it. I’ll see about arranging some sort of super cheesy prize.

I also recall seeing some theaters. I suspect they might have some ballet…could be interesting.

Make sure you take an evening cruise on the Danube as the sun is setting. It’s spectacular. Also bring a jacket.

That’s all that’s coming to mind now. I hope you have a great time! We were only there for 3 days or so and I was already quite exhausted from traveling. Let me know if you have any questions and I’ll try to answer them to the best of my ability.